Believe it or not, this is the first time an earthquake has occurred since I've lived in CA (since 1998) where the building I was in noticeably shook. It was nothing major, but definitely rocked the office here on Stonehill Drive, and the open door kind of waved gently. Nothing fell off the shelves, and my sleeping dog only lifted her head groggily to see what was waking her up. She only stood up after the shaking stopped to follow me outside. It's hard to judge time after the fact, but I think it only shook for 5 seconds or so.

Sameer E photographed this bear on 6/28/2008 at around noon time. He recently posted the picture in response to Brian L's sighting reported on the ACT email list.

Here's what Brian reported yesterday: "I was driving home tonight (Saturday 7/26/2008) at about 8:30 PM and was entertained by a bear roaming around on the road by the bridge over the wash at Rubio Canyon for a good minute or so. This guy looked pretty good sized to me." 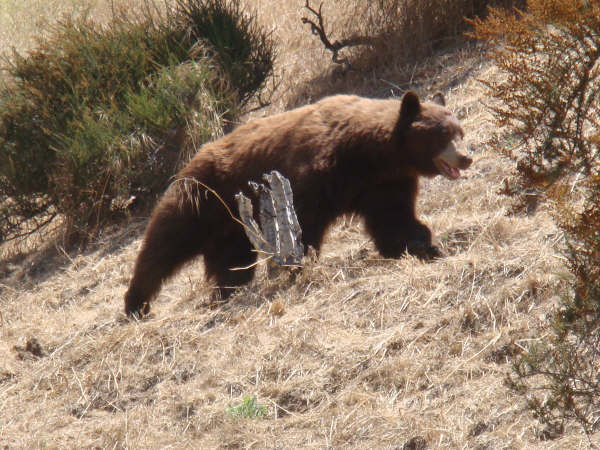 Upon seeing Brian's and Sameer's reports, neighbor Sidarth D posted this on the SHN email list: "Yesterday, we had a bear in our driveway for the first time. We had left our garbage can outside unfortunately by mistake, and it was rummaging through the garbage can. Our daughter took these shots. I don’t know if this is the same bear that was seen in the Rubio Canyon bridge, but it could be as we are quite close to that." (I think this sighting was on Zane Grey).

Marianne W also reported a sighting: "We had a sighting on Tanoble and Loma Alta on Friday night at about 9 or 9:30 p.m. It was going south on Tanoble, and then headed up the hill in between houses up to Skyview. A news truck was also driving around trying to get pictures. We notified the Sheriff station."

Friday night on Stonehill Drive we had a family of raccoons in the back yard (a mother and four juveniles), and Saturday morning we were a bit stumped at how they had managed to tip over the huge Allied Waste container. Perhaps the tipped can was actually the bear. Whatever tipped our can must have been unimpressed with what was in our can, because the kitchen bag was torn open, but it was left neatly on the lid of the can, and no trash was strewn around.

Below is Doris F's contribution to the bear sightings: "Well, actually it was the bear's contribution, and it was quite a while back. However, within the last week, a bear was seen where Loma Alta terminates at Pinecrest, so it is probably the same one. Also, within the last month or so, two mountain lions were seen in Eaton Canyon. They were spotted by at least one family who lives on the rim off Altadena Dr. by Crescent." 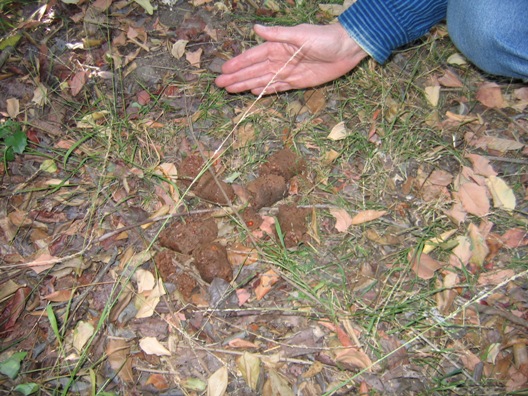 It's unclear if this is the one bear, but it's clear that there are one or more bears living in the neighborhood.

Keep the photos coming if you can get them safely. Most importantly, be safe. Don't approach wild animals, especially not just to try to get a photo.

----------
PS: Wow, I just googled "Altadena Bear" and found this video from February this year. There's not a whole lot of info beyond the date, February 19, 2008, the YouTube handle, "MaryToep", and the subject of the post, "Unplanned Altadena visit":

The rain season of July 1, 2007 to June 30, 2008 ended with 23.64 inches recorded on the Stonehill News weather station. This is the fourth complete year that I have been accurately logging precipitation. As mentioned last year, my neighbor at the top of Stonehill has been keeping records since 1999. I haven't compared notes with him yet this year; I'll update his column once we do. Here are the available seasonal totals from both stations: